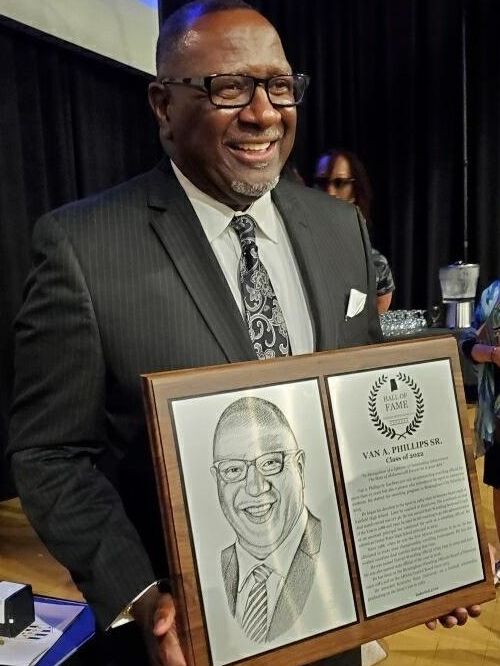 Congratulations to Van Phillips on being inducted into the Alabama Sports Officials Foundation Hall of Fame on August 6.

Van started his journey in wrestling at Birmingham's Phillips High School in the 1970s.

He began coaching and officiating wrestling after college and has been involved as a wrestling official in Alabama for 40 years.

Van retired from his position as principal at Center Point High School in 2022, ending an amazing 38-year career as an educator in Alabama.

He devoted the majority of his adult life to our great sport as an official, mentor, leader, and coach.

Van also served on the Central Board of the Alabama High School Athletic Association from 2015-2022.

He was honored by the Alabama Chapter of the National Wrestling Hall of Fame as an Outstanding American in 2018.