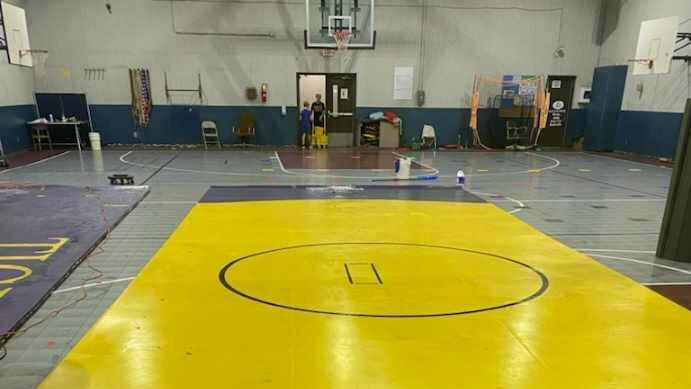 Dr. David Kim, Owner and Director of Vicious Wrestling Club, recently sold the building which housed the club. Not wanting the wrestling mats, wall mats, and other wrestling equipment to be destroyed in the building renovation, Dr. Kim contacted NWHOF Alabama Chapter member Billy Hughes about a possible new home for the mats. Hughes and NWHOF Alabama Chapter member Randy Haught are coaches of a new wrestling club, Dynasty Wrestling. Dr. Kim offered the mats free of charge if a home could be found for them. After a brief search by Hughes, it was discovered that a small, local high school (Southeastern High School in Blount County) would be starting a new wrestling program for the 2021-2022 season. Randy Haught made initial contact with the coach at Southeastern High, and with the help of several wrestlers and coaches the mat was delivered to the school. In addition, a second mat was delivered to the Hayden Wrestling Club in Blount County. This is a new wrestling club coached by Josh McCoy (former Hayden High wrestler), and Todd McGill (former Pinson Valley wrestler and former AHSAA official).