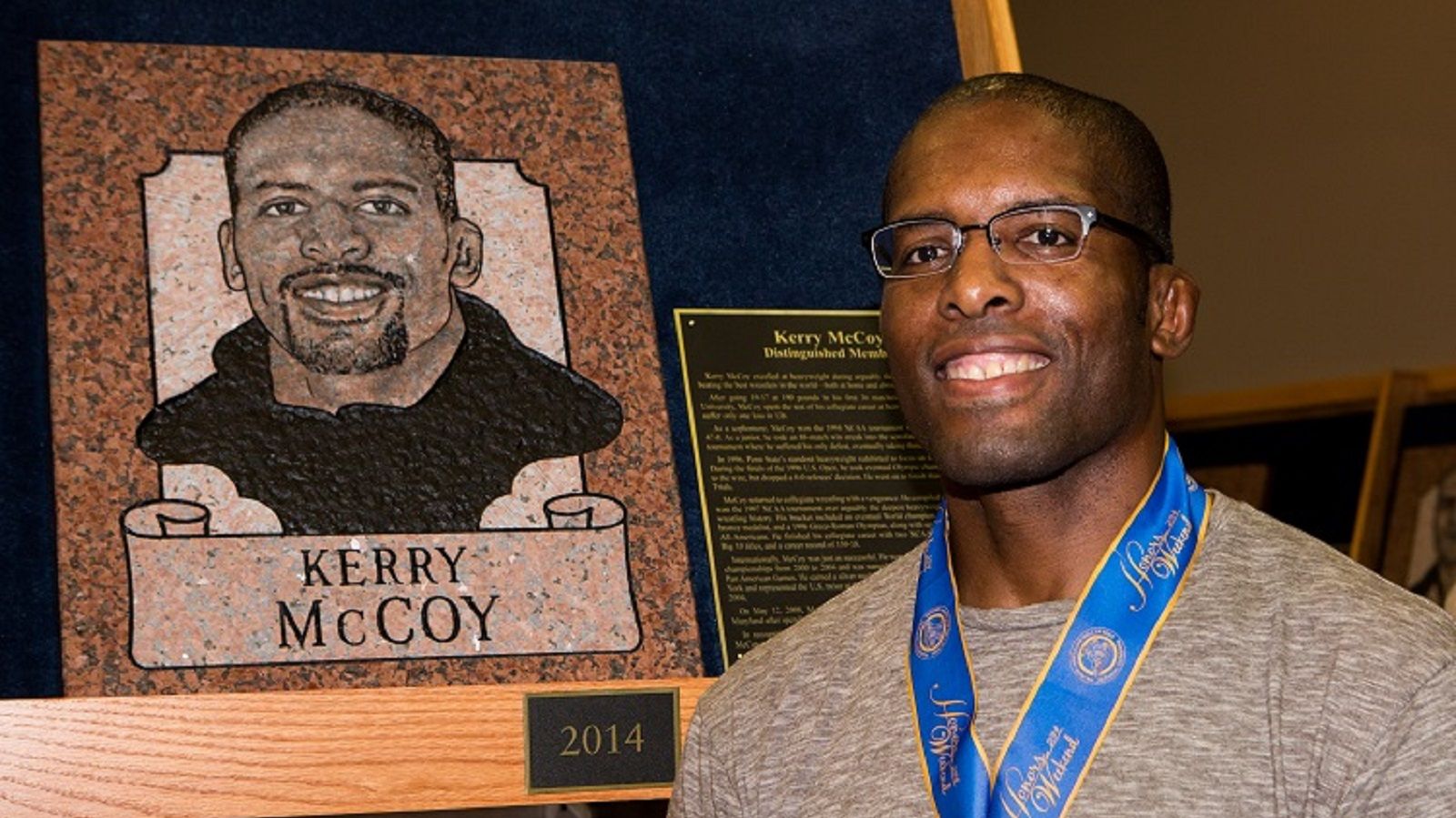 The two-time national champion for Penn State succeeds Jeff Buxton, who received the Lifetime Service to Wrestling award from the Hall of Fame's New Jersey Chapter in 2018, effective Oct. 1.

McCoy will oversee all club operations and activities, Freestyle and Folkstyle wrestling clinics for males and females within 50 miles of Bethlehem, plus recruitment and training of world class resident-athletes.

The 1997 PSU graduate was inducted into the Hall of Fame in 2014 and was also recognized as a Penn State Distinguished Alumnus in 2018.