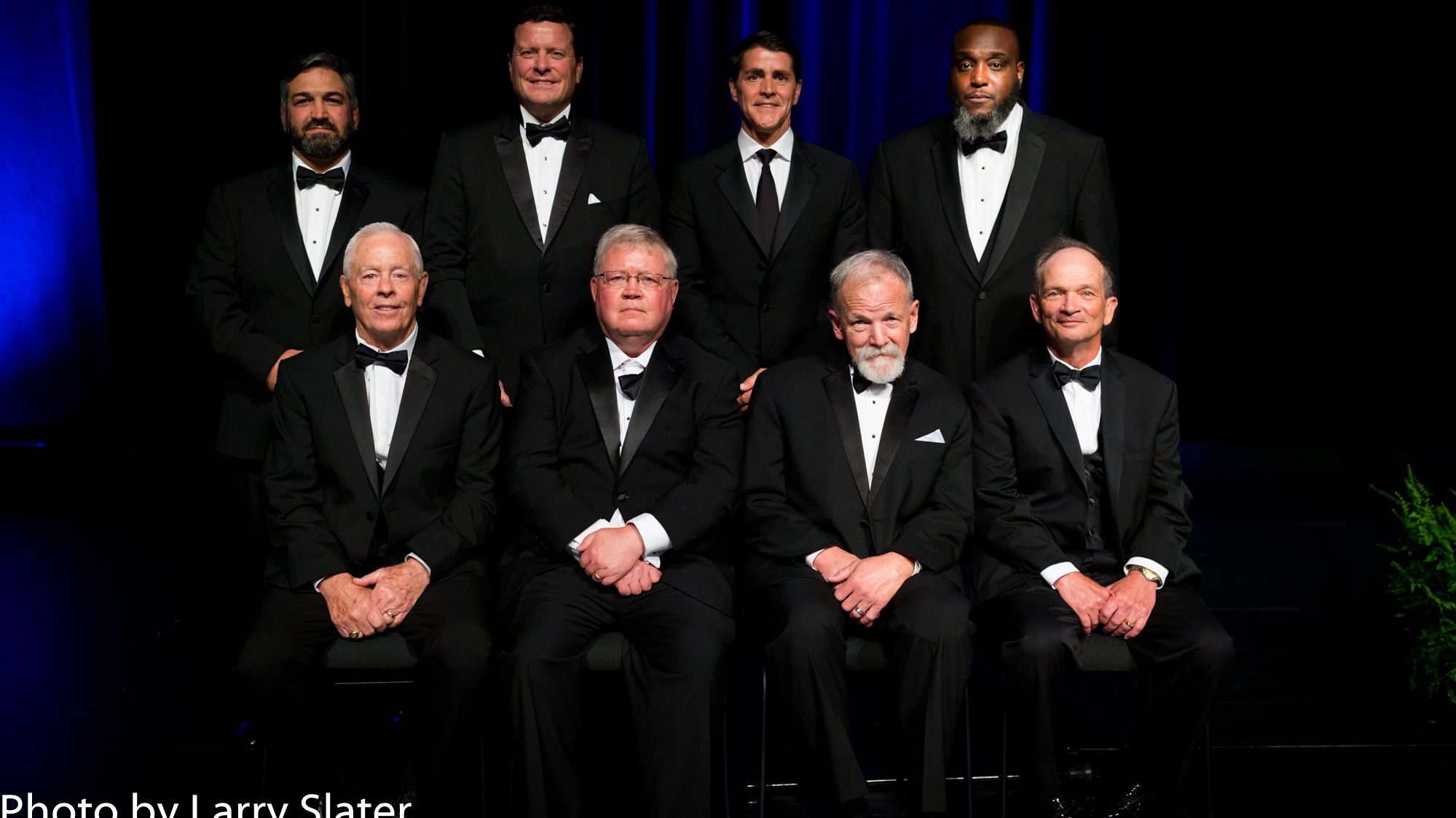 Hall of Fame Inducts Class of 2021

The National Wrestling Hall of Fame’s Honors Weekend officially inducted its Class of 2021 on June 5 at the McKnight Center for the Performing Arts on the campus of Oklahoma State University.

The eight individuals entering the Hall of Fame were initially scheduled to be inducted in 2020 but had their ceremony pushed back over a year due to the pandemic.

This year’s schedule looked different than prior years, as the first four members of the class had their individual inductions on Friday night, while the other four members were inducted earlier today. Tonight’s ceremony celebrated the class in its entirety.

Order of Merit recipient Gary Abbott followed Shiels. Abbott is the current Director of Communications and Special Projects for USA Wrestling and has been with the organization since 1988, covering eight Olympic Games, 38-straight NCAA championships and dozens of Senior and age-group World Championships. Abbot, who has championed women’s wrestling in the U.S. since its inception, concluded his speech with a passionate appeal to the Hall of Fame.

“Now that I’ve been officially inducted, I’d like to make a suggestion,” Abbott said. “We make the Class of 2022’s Distinguished Members only include women. The Hall of Fame is behind in that regard, and I think that would be a great first step to do the right thing.”

Medal of Courage recipient Gary Chopp took the podium next. An NAIA All-American at Grand Valley State University, Chopp overcame incredible odds to embark on a successful 35-year career as a trial lawyer after suffering severe injuries, including an eventual leg amputation, in a skydiving accident where his parachutes failed to deploy.

Carl Eschenbach was awarded the Outstanding American honors. Eschenbach is a partner in American venture capital firm Sequoia Capital and a world renowned businessman who credits much of his success in life to the values he learned through wrestling including tenacity and grit.

The Class of 2021 featured four Distinguished Members. The first to speak was Bruce Burnett, USA Wrestling’s former Men’s Freestyle National Team Coach who led the program to two World titles and some of the most successful performances in U.S. history.

Burnett was followed by Dremiel Byers, a 2002 World champion and one of only two Greco-Roman wrestlers in U.S. history to earn three World medals. Byers currently serves as an assistant coach with the Army World Class Athlete Program, which he previously competed for. During his speech, Byers honed in on his excitement at the prospect of coaching the next generation of great wrestlers.

“I hope at some point I encourage some heavyweights to go out there and do wonderful things for our country,” he stated.

Mark Lieberman, a three-time NCAA finalist and two-time NCAA champion for Lehigh University, spoke after Byers. In addition to his collegiate wrestling, Lieberman also had a tremendous freestyle career, including a pin over Olympic gold medalist John Peterson in the finals of the National Open in 1978, which earned him the outstanding wrestler award.

Current Men’s Freestyle National Team Coach Bill Zadick closed out the night. Zadick is a 2006 World champion and coached the men’s freestyle team to their third team title in program history in 2017.