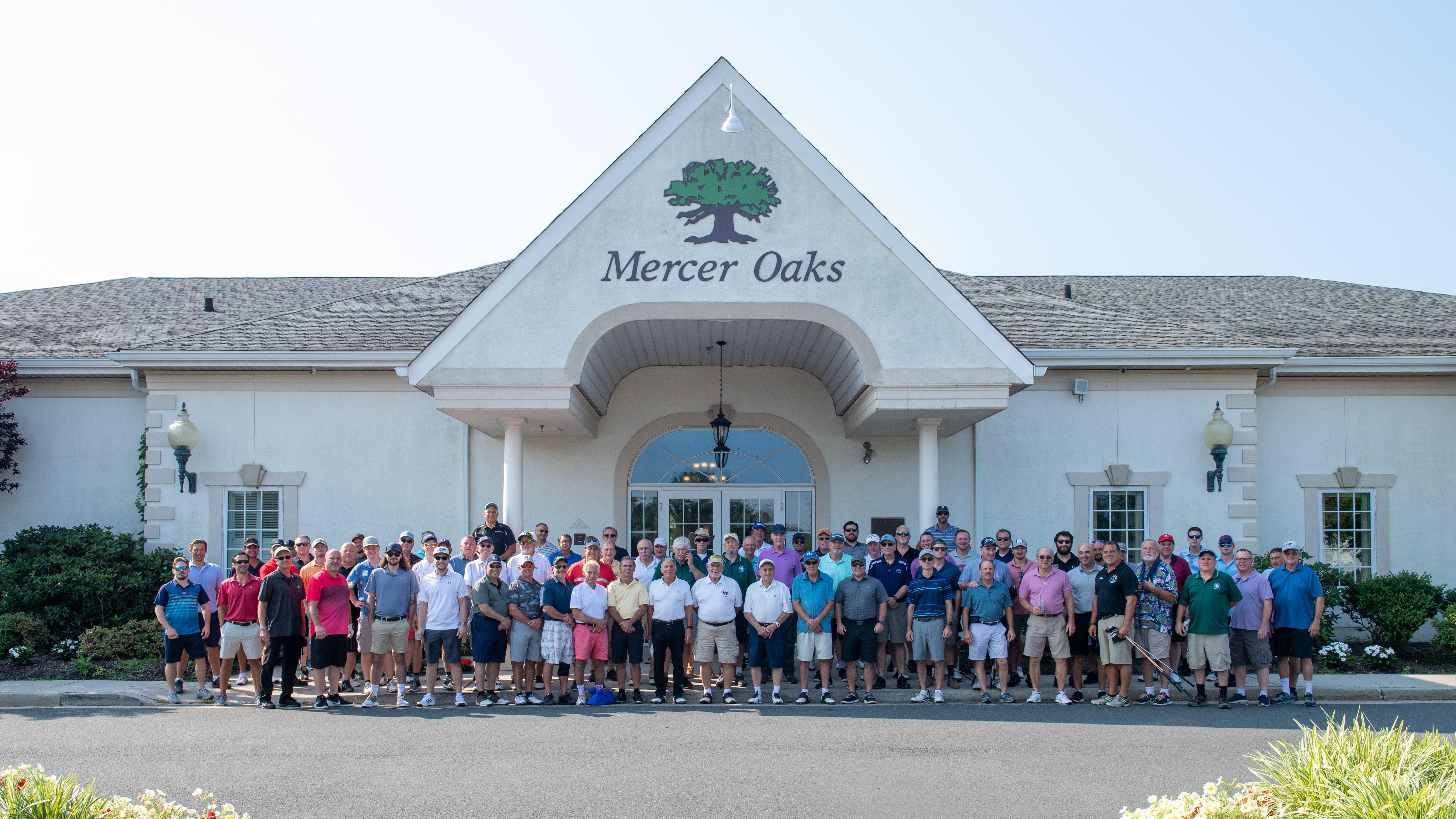 Ernie Finizio was the founder of the initial golf outing of the New Jersey Chapter of the NWHOF, and chaired the event 12 years. Last month’s 18th annual event, he felt, was its best ever.

“Let me say this,” began the member of the NJ-NWHOF, Class of 2001. “Overall, they did a wonderful job. A great job. The competition with golf outings these days is phenomenal, and the fact that they started late (March) due to Covid, they still did a magnificent job. They’ve increased the quality of the event.”

Chaired for the first time by NJ-NWHOF Class of 2013 member Ken Bernabe, the event drew 87 golfers at Mercer Oaks Golf Course in West Windsor. Fees included breakfast and dinner, golf cart and goodie bags. The organization for the first time will sponsor four $275 scholarships for two boys and two girls who will wrestle at camps or clinics. Donations will also given to designated Veterans organizations.

The outing was played under warm sunny skies, with an occasional refreshing breeze. Foursomes competed for prizes, including a couple of televisions and a grill.

The best part of the day, of course, was the teasing, laughter and the enjoyment of teeing off – even though some of the shots found sand and ponds.

“I had a good time,’’ said Andy Matter, a two-time NCAA national champion in the early 1970s. “We hit some good shots and hit some bad shots. It’s a walk in the park, that’s all it is for us. We know we’re not gonna’ win; we’re just out there having a good time with each other.’’

Anthony Zullo agreed, saying, “It’s a fine day to walk the grass with your good friends.”

Bob Shernce, another member of the NJ-NWHOF, Class of 2019 and who wrestled at Seton Hall University, enters around 12 tournaments a year as well as in a golf league. “I have to say, with the price, the food and camaraderie, it was probably thee best tournament that I do. Overall,” he said, “it was my favorite.”

A high school and rec coach nearly 50 years, Shernce estimates he plays around twice a week. Except during wrestling season. “Depends on the weather, and what I did the day before to hurt myself,’’ he cracked.

Howie O’Neil, NJ-NWHOF member Class of 2009, was another who enjoyed the day. Another golfer who hits the links about twice a week, he’s been involved in the sport since high school and his days as a wrestler at the University of Connecticut. He officiated high school wrestling 35 years before his knees took him off the mat.

“I thought it was great,’’ he said of the outing. “The guys did a great job getting it all together and setting it up, and it was a chance to see some guys you don’t normally see; a little fellowship. My golf game stinks, but it’s more about seeing the guys. It was a great day.’’

Bernabe, who ran the tournament for the first time, called the day, “A huge success". The turnout was certainly complimentary. The whole idea was people want to get out and play, and just be with their friends and members of the wrestling community.

“Wrestling organizations,’’ said Bernabe, who wrestled at Rider University, “have to do something for kids. And I have a particular affinity for Veterans, being one (Army). And I think this adds an impetus for people wanting to give, to contribute, or be involved.

“Even those who didn’t play golf, those who worked all day organizing the different activities, they had a great time! Seeing guys you haven’t seen in a year and a half, two years, it was a beautiful day all around.”

by Paul Franklin, a NJ-NWHOF Board of Directors member