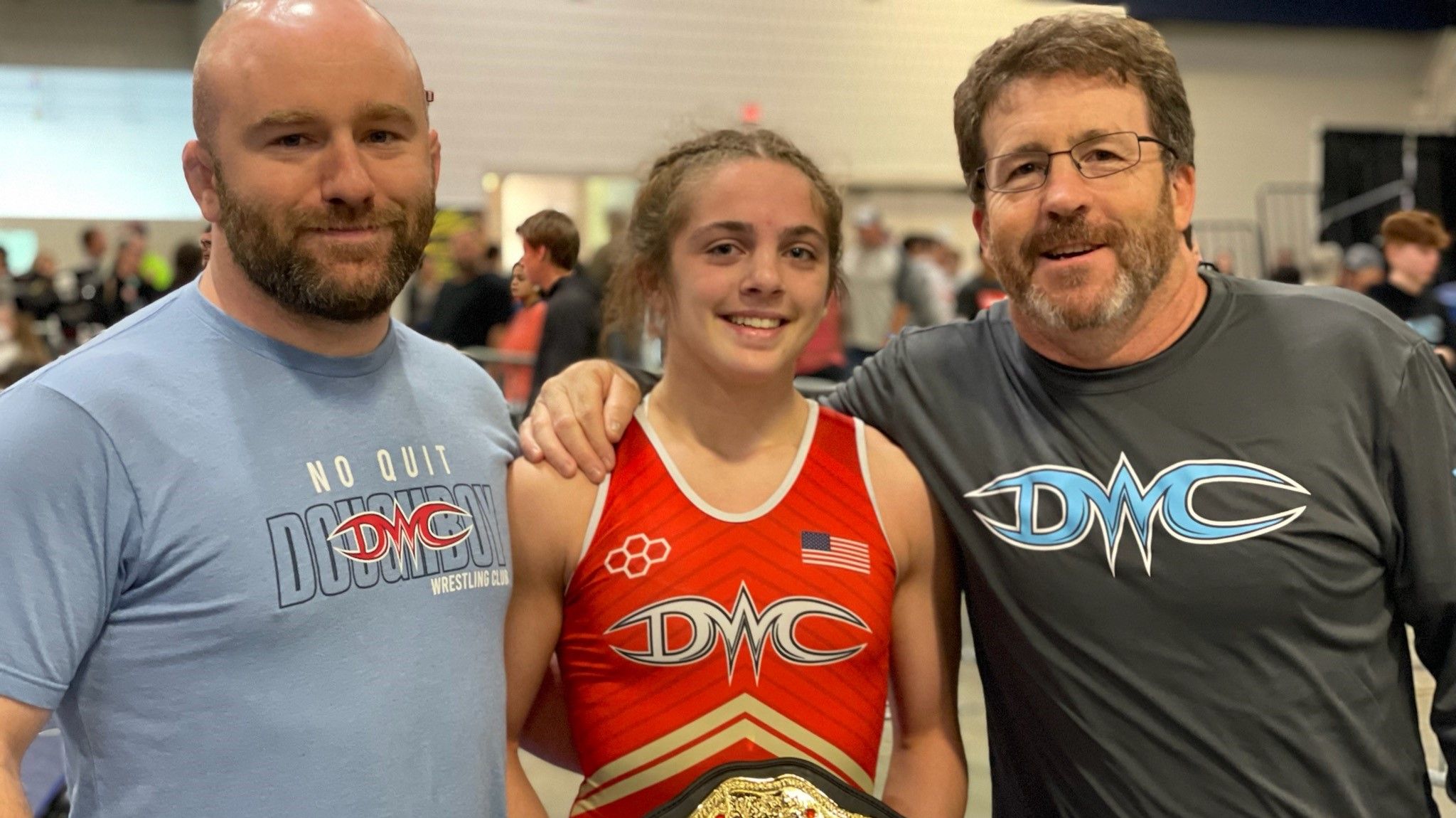 On the girls’ side, the Doughgirls wrestling club brough 10 girls from Massachusetts and New Hampshire to compete. Jaclyn Dehney, Central Catholic, continued her dominance pinning her way to a national title. Dehney is the first wrestler from the area to win back to back Super32 titles. Daniella Nugent, Philips Academy – Andover, took 4th at 123. Nugent went 5-2 defeating three ranked wrestlers with her only losses to the 2nd seed, Alexis Janiak. Tayla Tildsley, Shawsheen Tech, wrestled well and just missed placing with a loss in the blood round.

On the boys side, Julian Rios had a strong performance amassing a 4-2 record to take 5th in Middle School 90 pound division. Mark Botello went 5-2 at High School 138 losing in the consi quarters of a massive 256 person bracket. Isaac Paulino followed up a strong Fargo outing with a 4-2 record at High School 113.

Also, congratulations to our friends to the north in New Hampshire who had a Champion in the girls division, Skylar Hattendorf (Girls 139), and 4th place finisher, Jude Correa (High School 182).