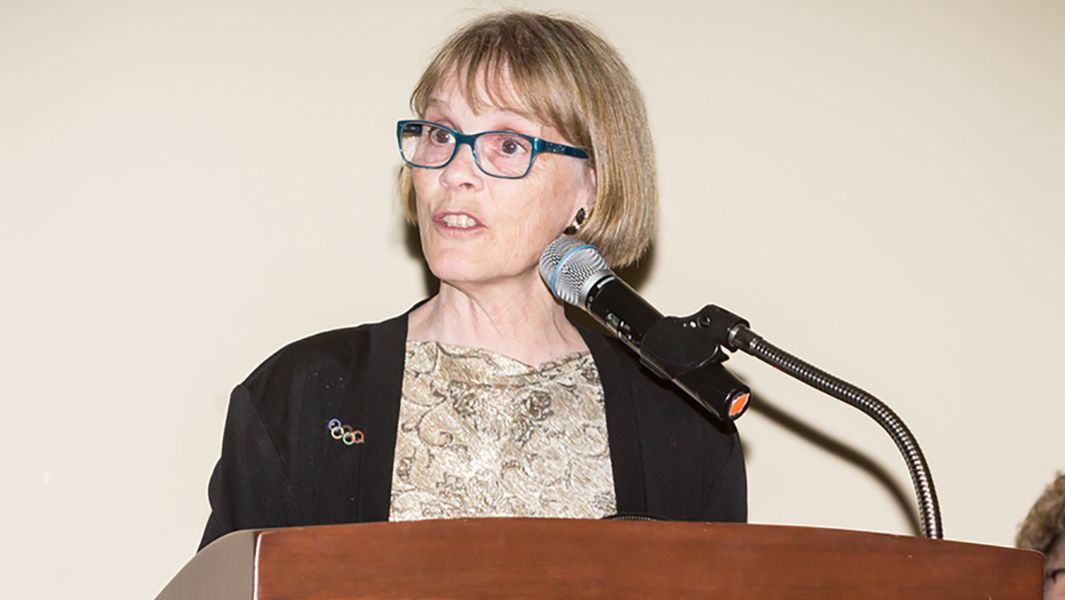 Joan Fulp, USA Wrestling’s Girls High School Development Committee co-chair, will be the guest speaker for the upcoming induction banquet for the Connecticut Chapter of the National Wrestling Hall of Fame.

In 2020, she became the first woman to be elected to USA Wrestling’s Executive Board as second vice president. Fulp has been a tireless advocate for women’s wrestling throughout her career.

The Connecticut Chapter of the National Wrestling Hall of Fame will recognize and induct seven men and women on April 30, 2022, at Foxwoods Resort Casino in Ledyard, Conn.

Former coach Ben Aleks of Enfield; Drew Black, head coach at Wesleyan; Mike Cunningham, head coach at Xavier will be honored along with tournament organizer, supporter and historian Dr. Erich Doubek of New Milford; Derby’s Sarah Jadach, state chair of the Connecticut chapter of USA Wrestling, the late Frank Kapral, former coach at Coast Guard, official, author and mentor and Bryan McCarty, head coach at Platt High in Meriden. Each will each be honored with a Lifetime Service award.

Tickets are now on sale from the chapter’s TicketLeap web page.

Fulp, who lives in California and was inducted into the California Chapter of the National Wrestling Hall of Fame in 2017, has been a part of the wrestling community for years.

She taught and coached women’s gymnastics at Central Michigan University for three years and then spent 24 years as an elementary and adapted physical education teacher in Half Moon Bay, California. Joan continues to work with grassroot committees, state wrestling associations and interscholastic offices to support and develop the growth of girls wrestling at the high school level across the nation.

Her late husband, Lee, was a two-time Olympian (1956, 1960) and Greco-Roman coach on the 1980 U.S. Olympic wrestling team. Fulp worked alongside her husband running tournaments, raising funds for athletes, and organizing travel to competitions for both Skyline College and the San Francisco Peninsula Grapplers Club teams.

“Why should a sport that develops focus, determination, self-reliance, mental toughness and self-confidence only be available to half the population?” Fulp told the Half Moon Bay Review in California in 2017 when asked why advancing women’s wrestling was important.

In 2020, Fulp was named USA Wrestling’s Woman of the Year with Andrea Yamamuto of Washington State for their work to help promote the growth of girls wrestling across the country.

“They have a willingness to invest the time, energy and knowledge to educate the public and decision makers,” U.S. women’s national team coach Terry Steiner told USA Wrestling in 2020 when Fulp and Yamamuto were recognized. “They are showing why it is a positive thing, not just for women in the sport but it is positive for men in the sport and wrestling overall.

“They are hitting the mark on showing the value of the sport on society on young kids,” Steiner said. “They are our unsung heroes.”

Posted October 15, 2021 by the Connecticut Chapter of the National Wrestling Hall of Fame