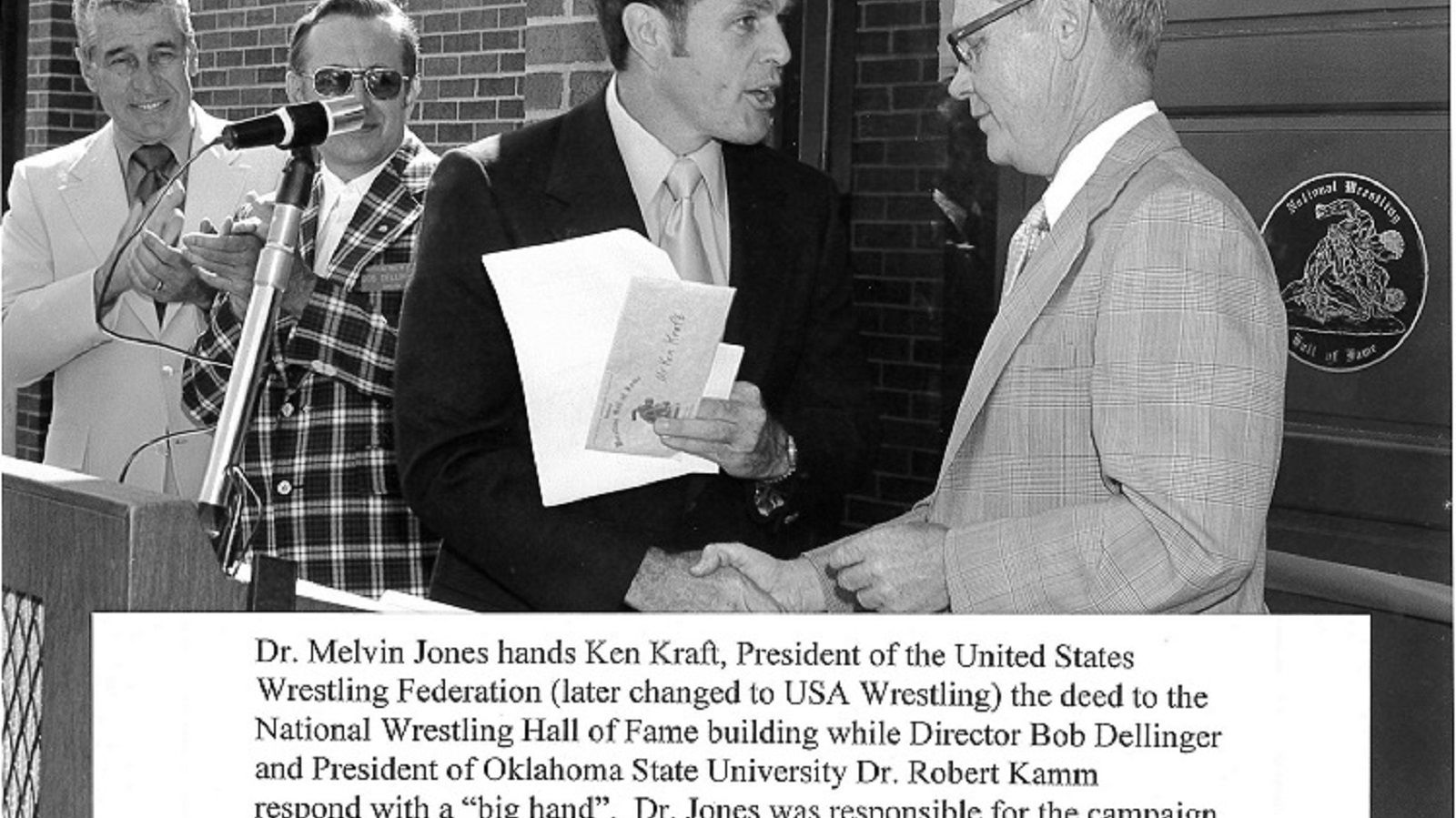 America's shrine to the sport of wrestling, the National Wrestling Hall of Fame and Museum is a focal point for the past, the present and the future.

It preserves the heritage of the sport, celebrates new achievements and encourages the youth of our land to aspire to lofty goals.

This historic site in Stillwater, Oklahoma, on the campus of Oklahoma State University, is a symbol of the dedication by the wrestling community to man's oldest sport.

The Hall of Fame serves a triple function. In the John T. Vaughan Hall of Honors, it trumpets the legends of great athletes, coaches, officials and contributors, so that we may understand the reasons for their success, recognize their sacrifices and build upon their traditions.

The sport's only national museum features an array of sculptures, photographs, banners, plaques, medals, trophies, uniforms and other memorabilia.

Another purpose of the Hall of Fame is to stimulate the growth and development of wrestling nationwide. Focusing on family participation, wrestling emphasizes wholesome physical activity for youth, and involves their parents as coaches, officials, club leaders and fans. While competing at their own pace and within their own abilities, each wrestler can dream the Olympic dream.

The concept of the national museum was originated in 1972 by Myron Roderick, first executive director of USA Wrestling, and Dr. Melvin D. Jones, an insurance executive and avid wrestling fan. After months of bidding and negotiations amount 14 communities nationwide, Stillwater was selected as the site.

Dr. Jones, who much to his sorrow was never able to wrestle, organized a corporation, involved financial backers and guaranteed that the building would be delivered debt-free. Then he hit the road and raised $600,000 to make good on his promise.

The Hall of Fame's Board of Governors dates from the start of the project in 1972. Six Oklahomans formed the Hall of Fame corporation, obtained 131 individual pledges totaling $327,500, then signed a bank note personally guaranteeing construction of the building. The six were Roderick, Jones, architect Ralph Ball, banker Robert L. McCormick, builder Bill Aufleger and engineer Veldo Brewer. With the help of Dr. Robert B. Kamm, the university president, land was provided at no cost through a 99-year renewable lease. Another key individual was OSU legal counsel E. Moses Fry, who prepared and filed all legal documents and articles.

The museum was dedicated in 1976. Funded entirely by popular subscription at a cost exceeding $600,000, the museum continues to operate on private donations.

Four years later, USA Wrestling had an empty museum with no funds for its development. Dr. Jones reorganized the Board of Governors to bring the Hall of Fame to life. He gave of his own money, then went out and raised more. He was USA Wrestling Man of the Year in 1973 and the first recipient of the Hall of Fame's Order of Merit in 1992.

The building was deeded debt-free to USA Wrestling in 1976, but the Board of Governors was asked to continue its financial support to furnish the museum, create the displays and conduct the annual festivities. The Board agreed to do so, USA Wrestling housed its offices in the Hall of Fame until 1988, when the organization moved to Colorado Springs. At that time, USA Wrestling returned the building to the corporation.

In 1996 the Board of Governors voted to conduct a capital campaign for $2 million to expand and endow the Hall of Fame and Museum. The campaign was successful and construction was started on the John T. Vaughan Hall of Honors in 1997, and completed in 1999.

The National Wrestling Hall of Fame and Museum in Stillwater reopened in June 2016 following a $3.8 million renovation and now features interactive exhibits and electronic kiosks.

Wrestling truly is for everyone and the diversity and accessibility of the sport continues to be highlighted through exhibits featuring females, African-Americans, Asian Americans, Native Americans, and Latino Americans.