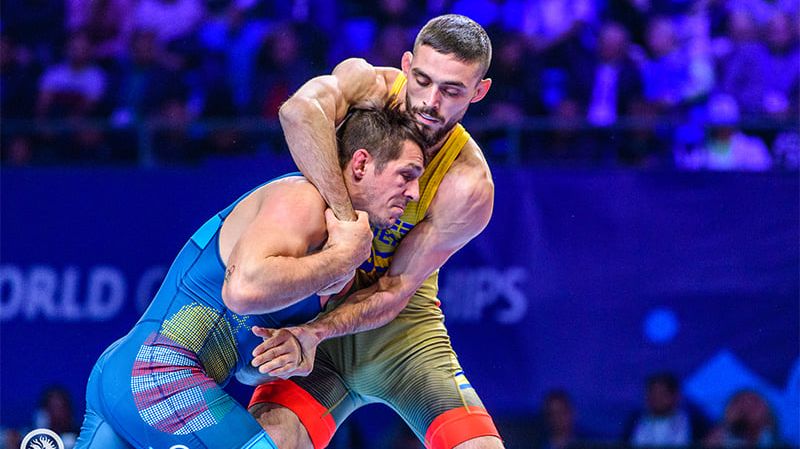 By Mike Willis
USA Wrestling
While the top-end talent at 77 kg might not make your jaw drop like some of the other weight classes, it will be an interesting bracket to observe due to the lack of heavy favorites.

2019 World champion Tamas Lorincz of Hungary comes into the tournament as the top seed. Lorincz is a seasoned competitor making an impressive fourth-straight Olympic Games appearance. His lone Olympic medal came at the 2012 Games where he finished with a silver. He is also a two-time World silver medalist (2017, 2018) and a 2014 World bronze medalist.

The other World champion in the field is Russia’s Aleksandr Chekhirkin. To make the team, Chekhirkin earned the nod over reigning two-time Olympic champion Roman Vlasov and 2019 72 kg World champion Abuyazid Mantsigov. Chekhirkin is a 2018 World champion (where he bested Tamas Lorincz in the finals) and a 2019 European Games champion. He won the European Olympic Qualifier to claim the Olympic berth for Russia.

Armenia’s Karapet Chalyan is the No. 3 seed. Chalyan secured his Olympic berth with a fifth-place performance at the 2019 World Championships. He is a 2019 European Games silver medalist, falling to Aleksandr Chekhirkin in the finals. Additionally he is a 2020 European Championships bronze medalist and a 2013 Junior World champion.

Jalgasbay Berdimuratov, a 2019 World bronze medalist from Uzbekistan, enters the tournament unseeded. Similarly to Bjurbeg Kessidis, since the 2019 World Championships, Berdimuratov has primarily competed at 82 kg, winning both the 2021 Asian Championships and the Poland Open. The 2021 Grand Prix of Zagreb was the only tournament he wrestled at 77 kg for, logging a seventh place finish.

Rafig Huseynov of Azerbaijan was the other wrestler to secure a bid at the World Olympic Qualifier. Huseyov scored a silver medal wrestling at 82 kg during the 2019 World Championships. He is also a 2015 World Military Games champion, a 2019 World Military Games runner-up, a 2015 European Games runner-up and a two-time European Championships gold medalist (2011, 2015)

Cuba’s Yosvanys Pena Flores earned first at the Pan Am Olympic Qualifier. Another wrestler making his Senior World or Olympic debut, Pena Flores is a two-time Pan Am Championships gold medalist (2019, 2020) and a 2019 Pan Am Games bronze medalist. In 2010, he earned silver at the Youth Olympic Games in Singapore.

2016 Olympic fifth-place finisher Bozo Starcevic of Croatia earned the second qualifying bid at the European Championships. Starcevic is a five-time Senior World Championships participant, with his best finishing coming in 2014 when he placed fifth.

Morocco’s Zied Ait Ouagram will make his third-straight Olympic Games appearance in Tokyo. Ait Ouagram earned his berth through the African Qualifier. He is a six-time Senior World Championships competitor. In 2017 he finished seventh, his best placement to date.

The other competitors in the bracket include, Mexico’s Alfonzo Leyva Yepez, who will take the place of Jose Vargas Rueda, the wrestler that qualified the weight class for Mexico, and Tunisia’s Lamjed Maafi, a 2020 African Championships runner-up.