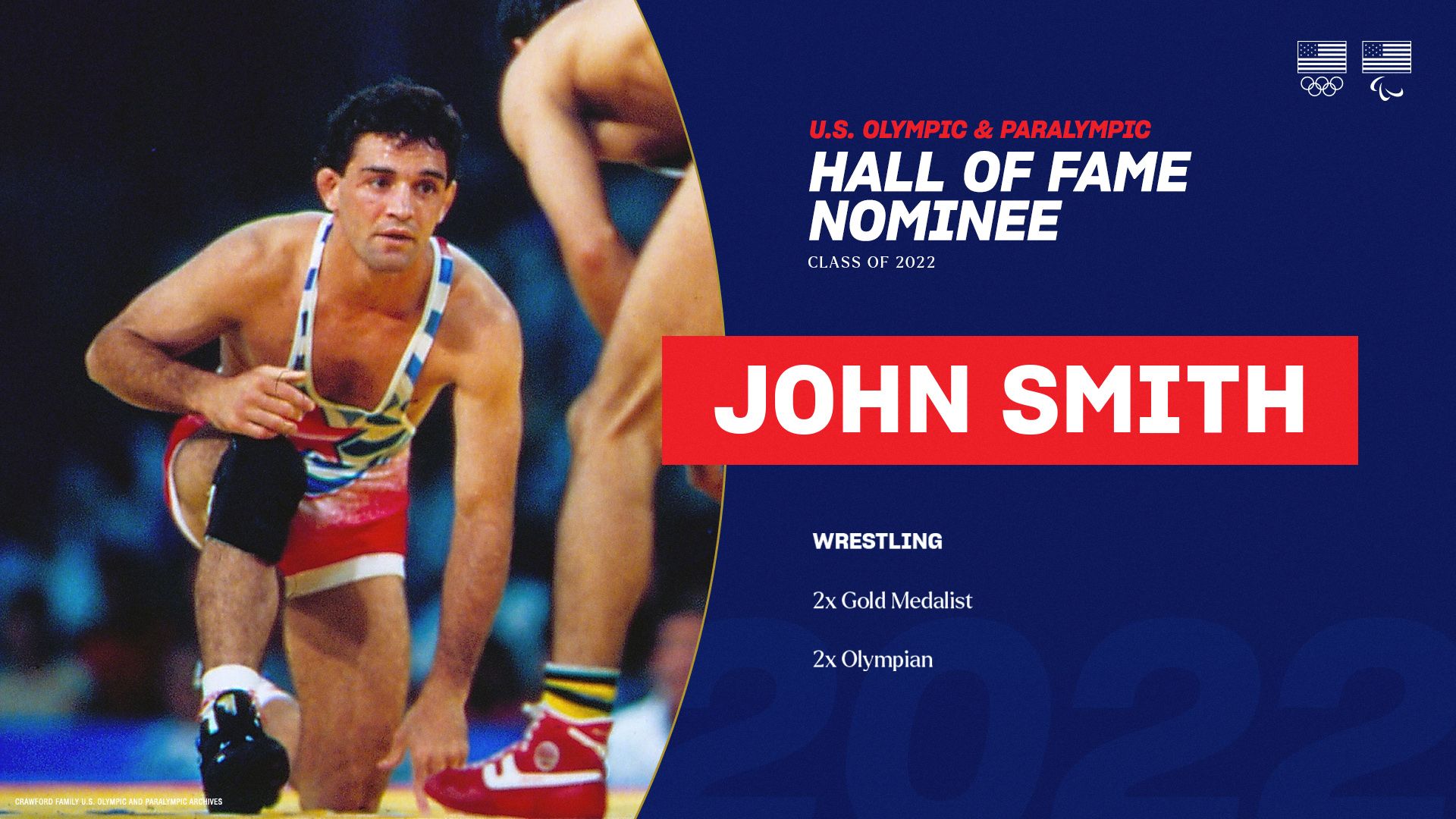 By Gary Abbott
USA Wrestling
1988 and 1992 Olympic freestyle wrestling gold medalist John Smith has been named as one of 15 finalists for the U.S. Olympic & Paralympic Hall of Fame.

The National Wrestling Hall of Fame and USA Wrestling are asking the wrestling community to rally behind John Smith and actively participate in the fan vote for the Hall of Fame, which continues through May 16.

In spite of the fact that wrestling is the No. 3 medal-producing sport for Team USA at the Summer Olympics, only two wrestlers are currently in the U.S. Olympic & Paralympic Hall of Fame: Dan Gable and Baumgartner.

Baumgartner, Gable, Mehnert and Smith are all Distinguished Members of the Hall of Fame.

ONLY FIVE OF THE 15 OLYMPIAN FINALISTS WILL BE INDUCTED.

YOU ARE ALLOWED TO VOTE ONCE PER DAY.

In addition to his great achievements as an athlete, John Smith has also coached the U.S. Olympic Freestyle Wrestling Team in 2000 and 2012.

John Smith has won these honors: