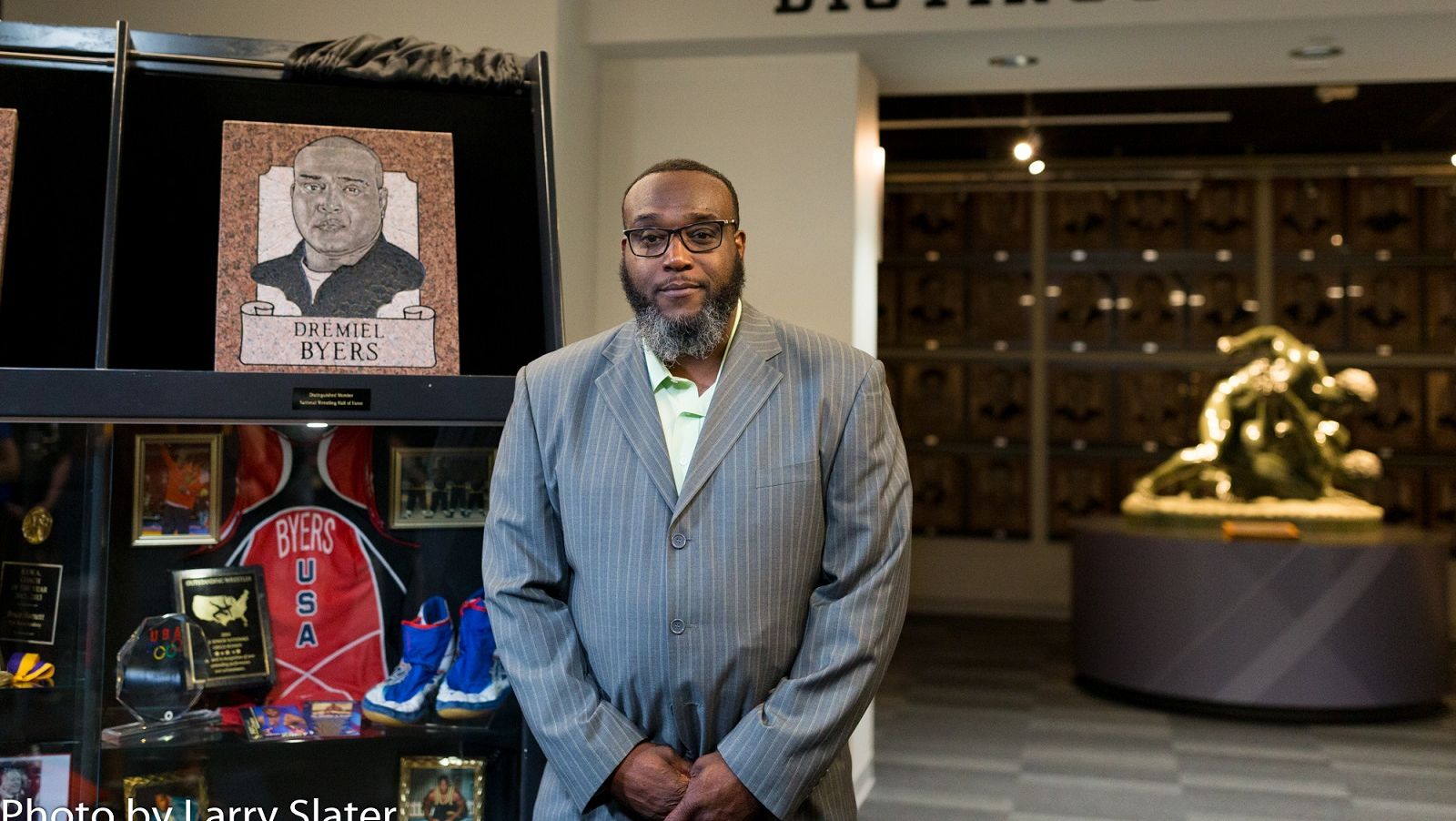 By Joe L Hughes II
The Gaston Gazette
At one point, awards and accolades did little to convince Dremiel Byers of his potential on the wrestling mat.

“In the early years, I didn’t really pay attention to anyone’s accomplishments, much less my own. I didn’t look up to anyone, it was more of me looking at and through them,” he said. “That changed all of a sudden when I was in a tournament described as the ‘worst draw of all-time.’ No one knew who I was then, but by the end of the tournament they did.

“There were guys that had every accolade in the book, and I put it on all of them. At a tournament in Russia, I lost but was named the most outstanding wrestler. After that, I didn’t want people to talk less of me, especially if they were to beat me.

Already considered among USA Wrestling’s most decorated grapplers in history, the Kings Mountain native added another title to the many he earned during a memorable career.

Byers was named Saturday a Distinguished Member of the National Wrestling Hall of Fame. Ceremonies took place in Stillwater, Oklahoma, held a year later than originally expected due to the COVID-19 pandemic.

“It’s all a bit surreal, honestly,” he said. “On Thursday, seeing the people filter in and seeing some of those were so important in my wrestling life, it was beautiful to see. The first thing you learn in wrestling is to draw positive energy from those closest to you, and then use the negative energy to fuel you. In some form or fashion, many of those same people did a little of both for me.”