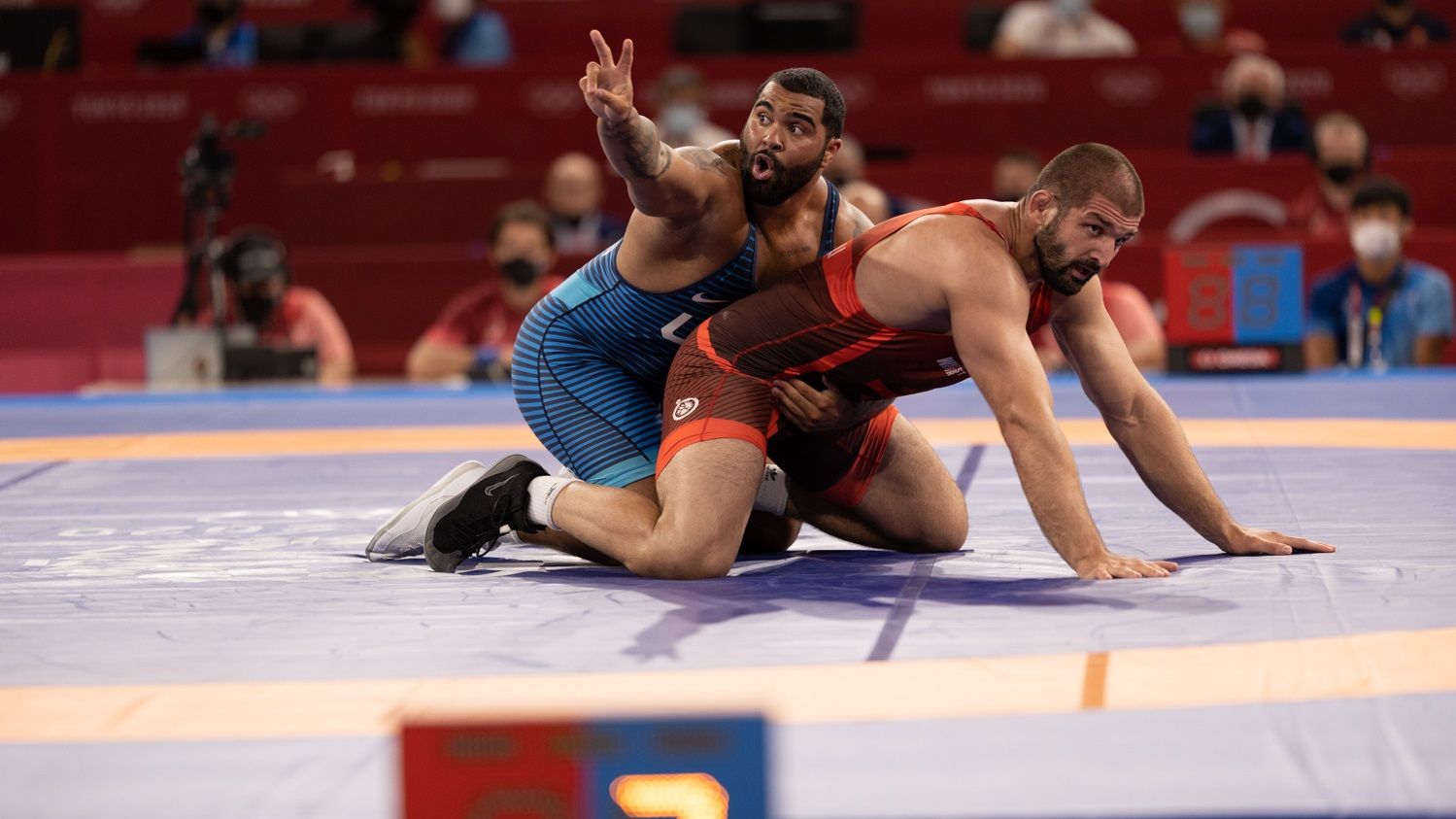 Just when it looked like Steveson’s amazing run through the heavyweight bracket had been stopped, Gable had some magic stored up for the final seconds.

Here is how it unfolded.

The Minnesota winner of the Dave Schultz High School Excellence Award in 2018 got the first point when Petriashvili was placed on the shot clock and could not score. He added a high single leg takedown with a powerful trip to lead 3-0. Add in another step out and Steveson led 4-0 at the break.

Petriashvili got it going in the second period. He scored on a counter crotch lift for two, but Steveson reversed him to make the score 5-2. Then Petriashvili put his size to work. After a takedown, Petriashvili powered Steveson over with two gut wrenches to make it 8-5.

With time running out, Steveson got a spin behind takedown to close to 8-7. Only seconds remained when they returned to their feet. Just before the buzzer, Steveson somehow got another go behind takedown for a stunning 9-8 last second victory. The Georgian corner challenged, but to no avail, and Gable got another point for the failed protest. Just moments away from defeat, the scoreboard read 10-8 for the young American.

And now the whole world has seen the Gable Steveson victory back flip, as the big man soared above the blue Olympic Games mat.

On Thursday, Steveson opened with a 10-0 technical fall over Aiaal Lazarev of Kyrgyzstan, then controlled 2016 Olympic champion and two-time World champion Taha Akgul of Turkey, 8-0 in the quarterfinals. In the semifinals, he secured a 5-0 win over 2019 U23 World bronze medalist Lkhagvagerel Munkhtur of Mongolia.

Just 21 years old, Steveson had a great age-group career, including 2015 and 2016 Cadet World titles as well as a 2017 Junior World gold. He won the NCAA Div. I title this year in March, then made the U.S. Olympic Team in April with a win over two-time Senior World bronze medalist Nick Gwiazdowski in the finals.

Note: The rest of the coverage of the Friday evening session will be included in a story on Kyle Dake and Kyle Snyder.