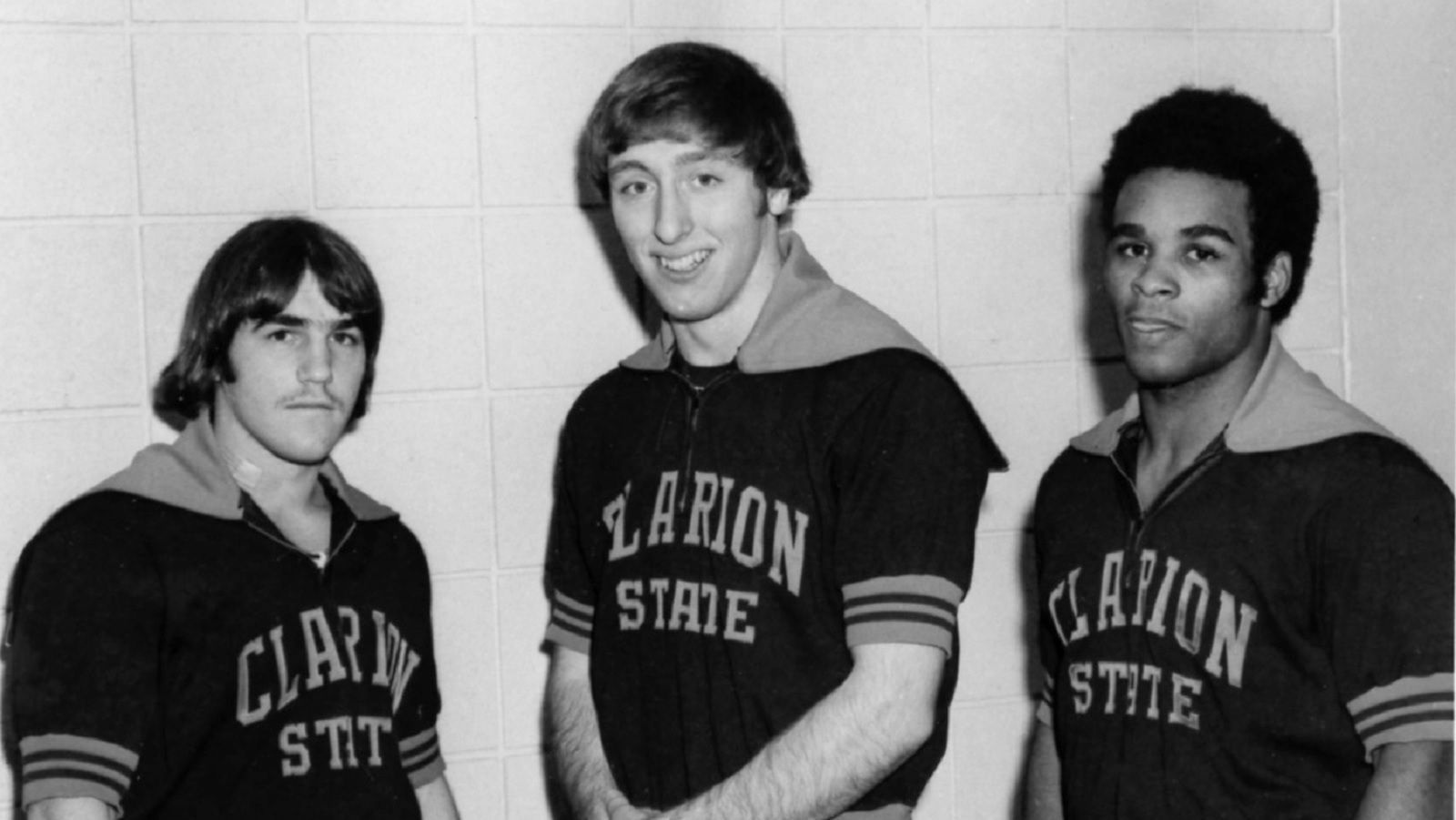 SI Staff
It used to be that the only impressions Clarion State College wrestlers made at the nationals were on the mat—deep impressions where their shoulder blades had been firmly pinned.

But last season they forsook such backward ways and appeared at the NCAA championships in quality if not in quantity.

Gary Barton, at 134 pounds, and Wade Schalles, 150, won the first two individual titles ever for Clarion and, although small-college teams cannot compete for the major-college team championship, the school piled up 36 unofficial points that would have been good enough for sixth place.

This winter Clarion qualified four men for the NCAA tournament at the University of Washington in Seattle, wound up with 57½ more unofficial points, a theoretical fourth-place finish and three very official champions, freshman Don Rohn at 134 pounds, Schalles at 158 and Bill Simpson at 167. The only loser was freshman heavyweight Chuck Coryea, who went out in the opening round. No other team had more than two titlists.

The man behind this refeathering of the Golden Eagles is Bob Bubb, a coach who lives by the down-home philosophic point once scored by Will Rogers: "Even if you're on the right track you'll get run over if you just sit there."

Bubb no sooner arrived at the Clarion campus on the edge of the Alleghenies in northwest Pennsylvania than he began to move straight up the track. As his teams kept improving he branched out and recruited further afield.

He brought theatrics to the deadly boredom of wrestling drills, perhaps the dullest in all sport: today the Golden Eagles wrestle to lively music in the workout room and, at Bubb's orders, tell jokes, dance, recite homemade poetry and act out farcical playlets. This might not make for superior theater, but it does wonders for wrestling in the round.

Bubb's aim, aside from the obvious psychological one of taking the boys' minds off their miseries, is "to help the kids mesh as soon as possible and get to know each other. We try to blend them and their personalities by assigning a freshman and an older boy or an extrovert and an introvert to perform together."