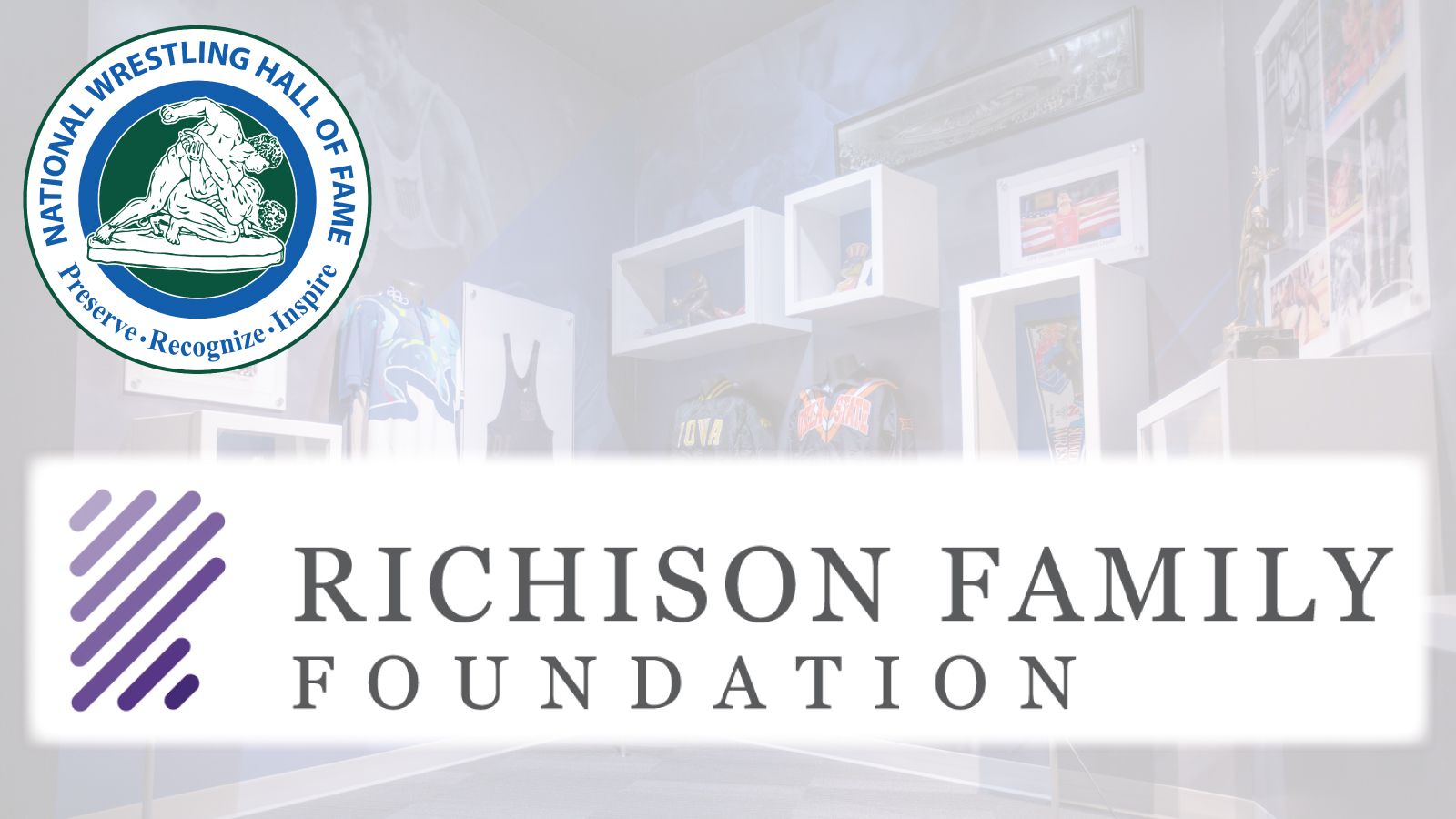 The Richison Family Foundation announced Thursday a gift of $500,000 to the National Wrestling Hall of Fame. The contribution is part of the NWHOF’s Endowment Campaign.

“Chad Richison is a wrestler, so he understands what the National Wrestling Hall of Fame means to our great sport,” said Lee Roy Smith, executive director of the National Wrestling Hall of Fame. “The generosity that he and his family have shown through their foundation is not only significant for our organization, but also encourages others to support us and our mission to preserve history, recognize excellence and inspire future generations.”

Chad Richison, the founder of the Richison Family Foundation, Paycom and the Tech Fall Foundation, is a former competitor and life-long supporter of wrestling. In addition to this gift, the Richison Family Foundation has donated more than $7 million in recent years to bolster wrestling programs at the University of Central Oklahoma, Oklahoma State University, University of Oklahoma and the National Wrestling Hall of Fame. Richison’s Tech Fall Foundation provides monetary endowments to the state’s top wrestling coaches. Endowments range from $1,000-$7,000 and awarded to the top four finishers who submit applications prior to the start of the season.

“Wrestling has had a profound impact on my life and helped instill the values, work ethic and competitiveness that remain with me to this day,” said Richison. “I am proud to contribute to the National Wrestling Hall of Fame’s mission and provide resources to inspire the next generation of elite wrestlers.”

“Being a former wrestler who has built one of the most successful companies in the United States makes Chad an inspiration to generations of wrestlers to believe in themselves and their dreams,” Smith said. “He embodies the character traits that wrestling instills in its participants: commitment, discipline, honor, perseverance, responsibility and sacrifice. Those words are emblazoned on the walls of the Hall of Fame and every wrestler can attest that they are traits that not only serve you on the mat, but throughout your life.”

America’s shrine to the sport of wrestling, the National Wrestling Hall of Fame & Museum was founded as a nonprofit organization in 1976 to honor the sport of wrestling, preserve its history, recognize extraordinary individual achievements, and inspire future generations. The National Wrestling Hall of Fame has museums in Stillwater, Okla., and Waterloo, Iowa.

The Stillwater location reopened in June 2016 following a $3.8 million renovation and shares the history of wrestling through interactive exhibits and electronic kiosks, including the ability to watch NCAA Championship matches from the 1930s to present day. It also has the John T. Vaughan Hall of Honors where the greatest names in wrestling are recognized, including iconic granite plaques presented to Distinguished Members since the Hall of Fame opened in 1976.

Wrestling truly is for everyone and the diversity and accessibility of the sport continues to remain a priority for the NWHOF. Many of their recent exhibits feature the skill and winning spirit of women, African-American, Asian American, Native American and Latino American wrestlers.

For more information about the Hall of Fame, please visit www.NWHOF.org.