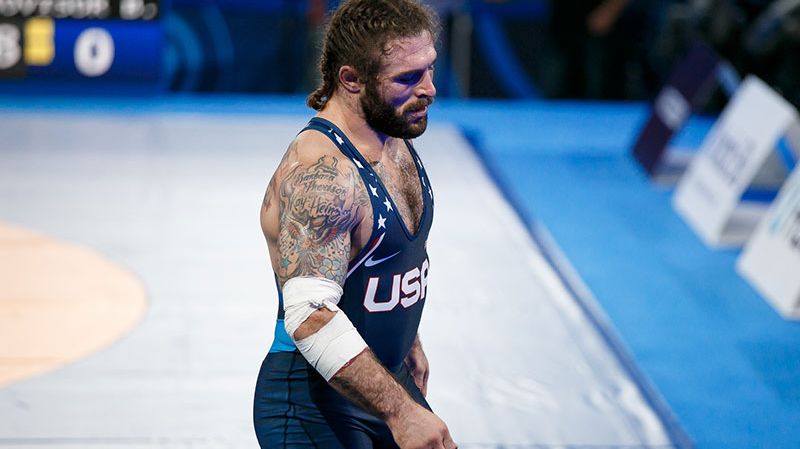 Provisor Pulled Back Into Repechage, Nowry Eliminated At Greco-Roman Worlds

By Gary Abbott
USA Wrestling
OSLO, Norway – Two-time Olympian Ben Provisor has been pulled back into Friday’s repechage at 82 kg in Greco-Roman at the Senior World Championships.

Provisor, the No. 2 seed, won his opening bout over Satoki Mukai of Japan, 2-1. His quarterfinal loss came to Burhan Akbudak of Turkey in an 8-0 technical fall.

Akbudak reached tonight’s semifinals, where he defeated Pejman Poshtam of Iran to qualify for the gold-medal finals. Only losers to a finalist are eligible for repechage, and Provisor has been pulled back in.

Provisor will wrestle the winner of the first repechage match in his weight class between Gegham Torgomyan of Armenia and Laszlo Szabo of Hungary. If Provisor wins his repechage bout, he will qualify for a bronze medal match on Friday night against Poshtam.

Max Nowry, who lost on Thursday morning in the quarterfinals, will not be able to enter repechage because the wrestler who beat him lost in the semifinals.

Nowry opened Thursday morning with a 10-1 technical fall over Sajjad Abbaspourragani of Iran, 10-1. He fell in the quarterfinals to Norayr Hakhoyan of Armenia in a 9-0 technical fall.

Hakhoyan was defeated in a very close semifinal match by No. 1 seed Emin Sefershaev of the Russian Wrestling Federation.

On Thursday morning, U.S. wrestlers Patrick Smith at 72 kg and Jesse Porter at 77 kg dropped their first match and were eliminated when their opponents lost in the next round.

The finals were set in the four weight classes in Group One of Greco-Roman. The neutral athletes from the Russian Wrestling Federation pushed the most athletes into Friday’s finals with three. Azerbaijan put two athletes into the finals. Other nations with finalists are Japan and Turkey.

All of the action is live on FloWrestling.