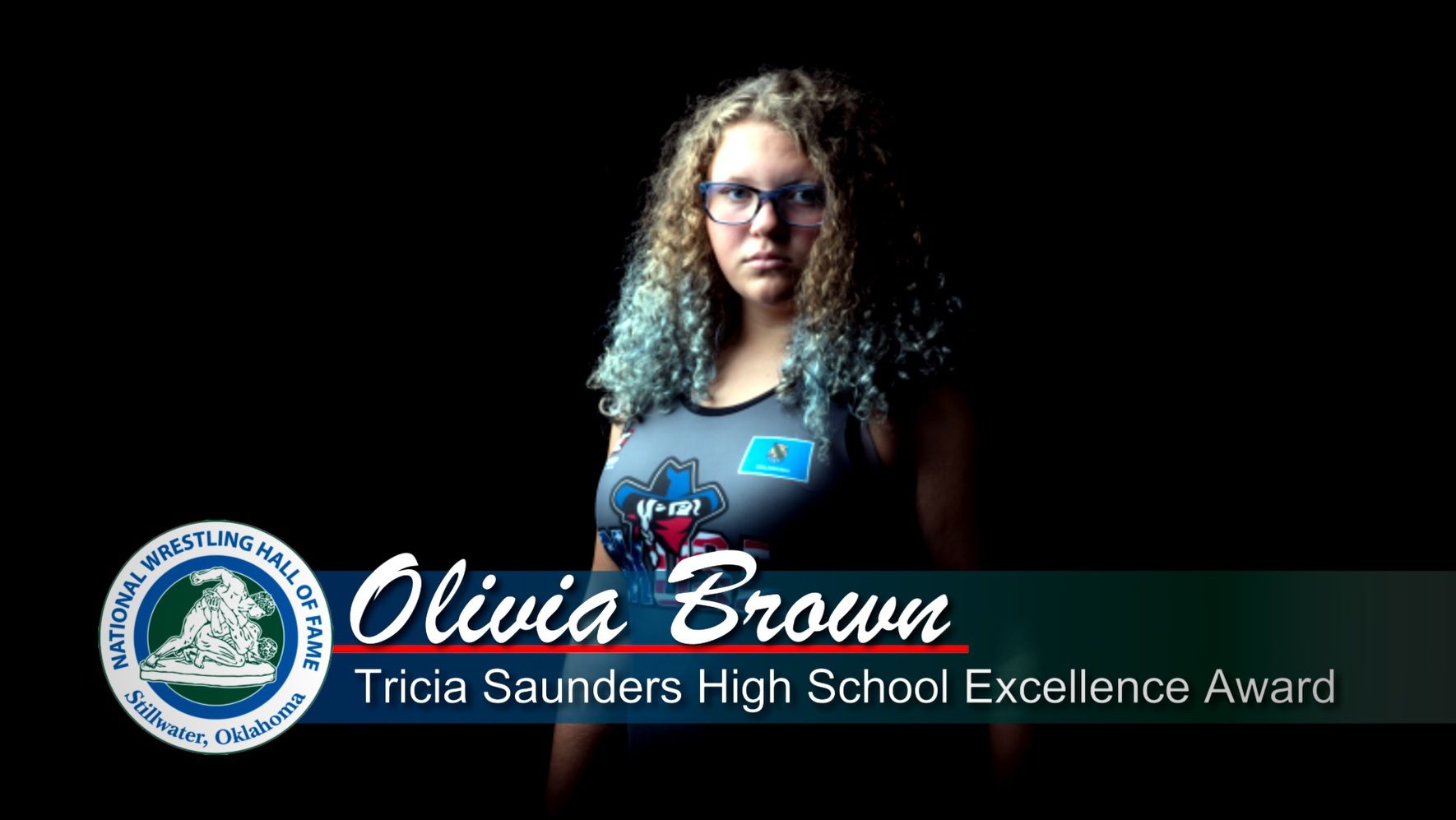 The National Wrestling Hall of Fame on Wednesday announced that Olivia Brown of Broken Arrow, Oklahoma, is the 2021 national winner of the Tricia Saunders High School Excellence Award (TSHSEA).

“I am honored to receive the Tricia Saunders Award,” said Brown. “Wrestling has given me both physical and mental strength. I have been able to travel to the different areas of the country to compete and to train with some of my role models.

“Now, I want to be a role model to other young girls so that they can pursue their dreams,” she added. “I want to thank my family for always supporting my goals and for teaching me to care for others, and also, my coaches for pushing me to be the best wrestler I can be.”

“We are excited to honor Olivia Brown as the national winner of the 2020 Tricia Saunders High School Excellence Award,” said Executive Director Lee Roy Smith. “This award and honor represents the Hall of Fame's pride in a young woman who has demonstrated a commitment to balancing her pursuit of excellence on the wrestling mat with academics and community service.”

The daughter of Michael T. Brown and Suzanne M. Caruso, Brown was an Oklahoma state girls champion in 2021 and 2020 for Broken Arrow High School. The top-ranked 200-pound wrestler in the National Girls High School Rankings, she will continue her wrestling career at Grand View University.

Brown also lettered in softball two years and in track for one year at Holland Hall.

Beginning in 2017 as a core volunteer, Brown is very involved with BrightSpot Mobile Family Services, an organization that delivers free meals directly to people who live in food deserts, meaning there is no access to fresh food within three miles. During the pandemic, Brown walked miles to help deliver groceries and meals to those in need. She has also organized clothing drives and created personal hygiene bags for teenage girls while encouraging other teens to get involved and bringing them to volunteer. Viewed as a group leader by BrightSpot administrators, Brown helps set up monthly outreaches and interacts and assists residents. She also served on the Diversity and Inclusivity Council at Holland Hall.

Brown was named as the national winner of USA TODAY’s Female Wrestling Athlete of the Year on August 6.

Women’s wrestling is one of the fastest growing high school sports with participation growing by 71 percent in the last two years to more than 28,000 female high school wrestlers competing across the nation.

Twenty-four states have hosted an official girls championship and eight more are scheduled to host in the future. Hawaii was the first state to host a girls state championship in 1998 while Texas began its girls tournament in 1999. The number grew to six states by 2015 and has exploded in the last three years to 32 states.