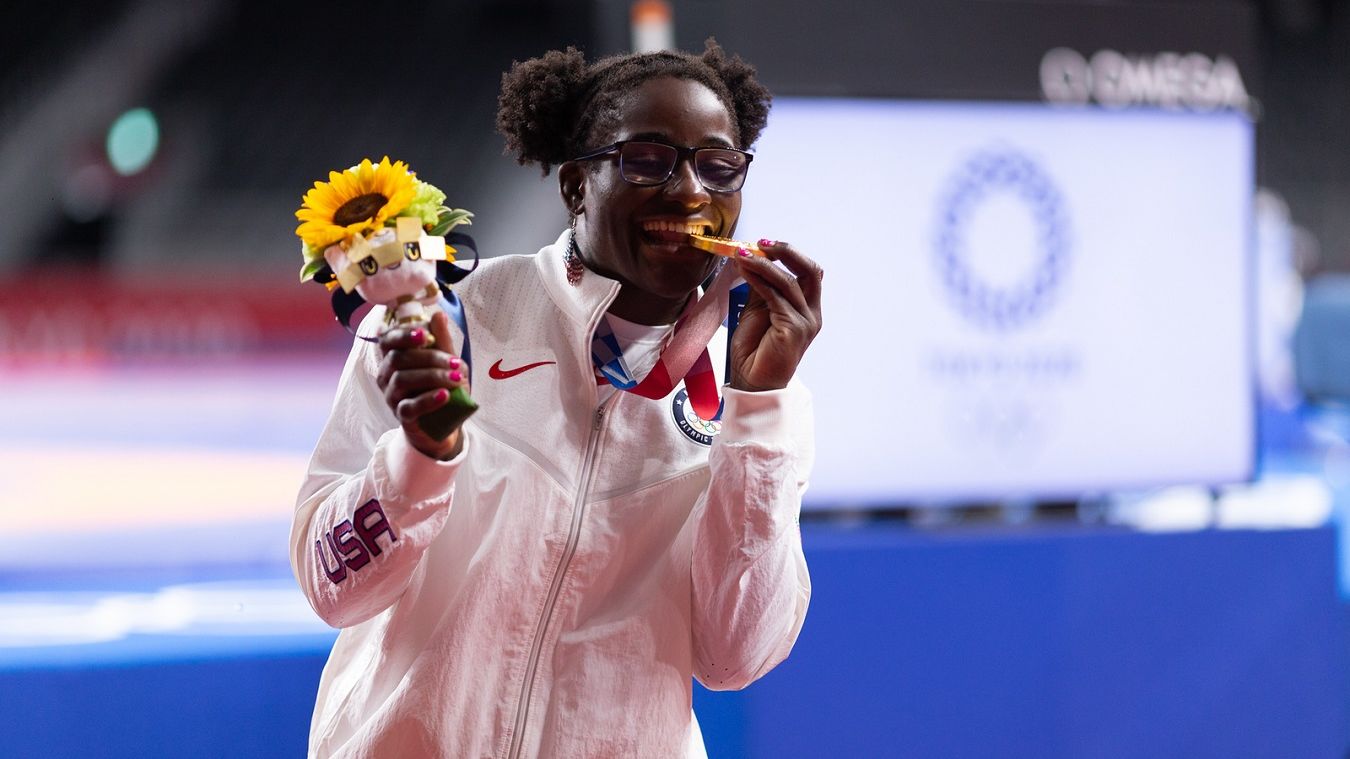 Mensah Stock defeated Blessing Oborududu of Nigeria, 4-1 in the 68 kg finals in women’s freestyle wrestling at the Makuhari Messe Hall A on Tuesday night.

Mensah Stock, the No. 1 seed, won a rough-and-tumble battle with the powerful Oborududu, who came in as the No. 2 seed. Mensah Stock scored first on a spin-behind takedown to lead 2-0, but Oborududu was able to get a reversal to close it to 2-1. Mensah Stock added a leg attack takedown later in the first period to make it 4-1 at the break.

There was no scoring in the second period, although the athletes were both aggressive. Oborududu never got close to getting a takedown on Mensah Stock. As the time ticked down, chants of USA, USA went through the arena from the American delegation and it ended with a 4-1 win for the American star.

By making the finals, Oborududu, a three-time Olympian, became the first Nigerian wrestler to secure an Olympic medal, as well as the first African women’s wrestler to reach the Olympic finals.

Mensah Stock was dominant on Monday to qualify for tonight’s finals. In the morning session, she scored a pair of 10-0 technical falls over high-level opponents. In the first round, she dismantled 2016 Olympic champion Sara Dosho of Japan. In the quarterfinals, Mensah Stock had five takedowns beating two-time World medalist Feng Zhou of China. In the evening session semifinals, she stopped 2018 World champion Alla Cherkasova of Ukraine, 10-4

Mensah Stock was a 2019 World champion in Nur-Sultan, Kazakhstan, and also won a World bronze medal in 2018. She was also a member of the 2017 Senior World Team. Mensah Stock won the 2016 U.S. Olympic Team Trials, but did not compete in Rio de Janeiro because the U.S. did not qualify her weight class for the Games. She was a two-time WCWA national champion for Wayland Baptist University, and is originally from Katy, Texas.

Bronze medals at 68 kg went to Meerin Zhumanazarova of Kyrgyzstan and Alla Cherkasova of Ukraine.

Earlier in the session, the semifinals at 62 kg were held. Advancing to Wednesday night’s finals were Aisuluu Tynbekova of Kyrgyzstan and Yukako Kawai of Japan. The U.S. entry at 62 kg, Kayla Miracle (Tempe, Ariz./Sunkist Kids), dropped her opening bout, and was not drawn back into repechage.