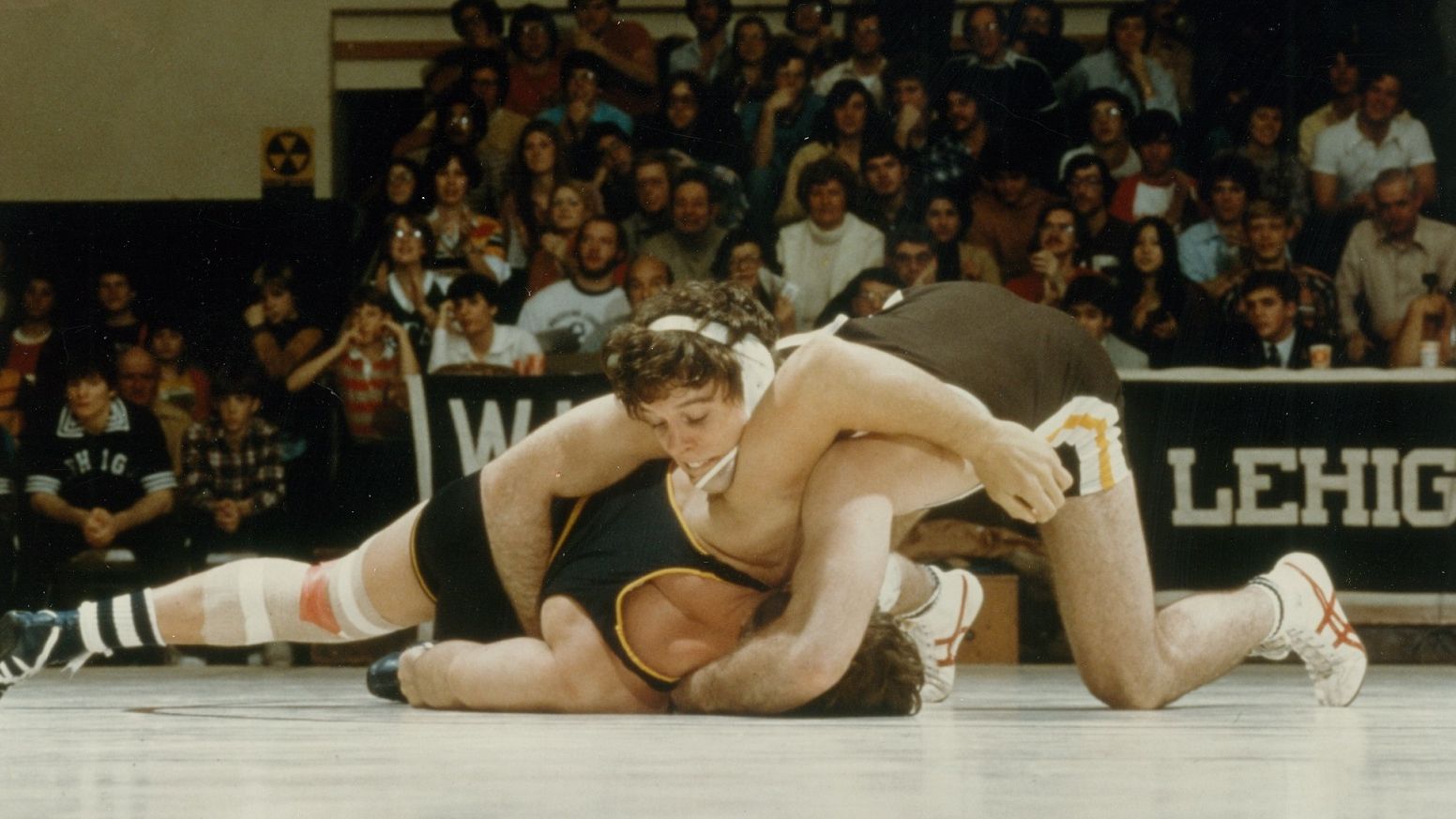 By Tom Housenick
The Morning Call
Mark Lieberman, arguably Lehigh’s greatest wrestler across all disciplines, earlier this week was among those elected into the National Wrestling Hall of Fame.

The 1979 graduate and Lehigh Athletics Hall of Famer was a two-time undefeated NCAA champion and Lehigh’s first four-time EIWA champion. He will be inducted as a Distinguished Member.

Lieberman and the rest of the Class of 2020 will be inducted June 4-5, at the 44th Honors Weekend in Stillwater, Oklahoma.

As a senior, Lieberman pinned 12 of his 16 opponents and won all of the EIWA tournament’s major awards: Coaches Trophy (outstanding wrestler), Sheridan Trophy (most falls) and Fletcher Trophy (career team points).