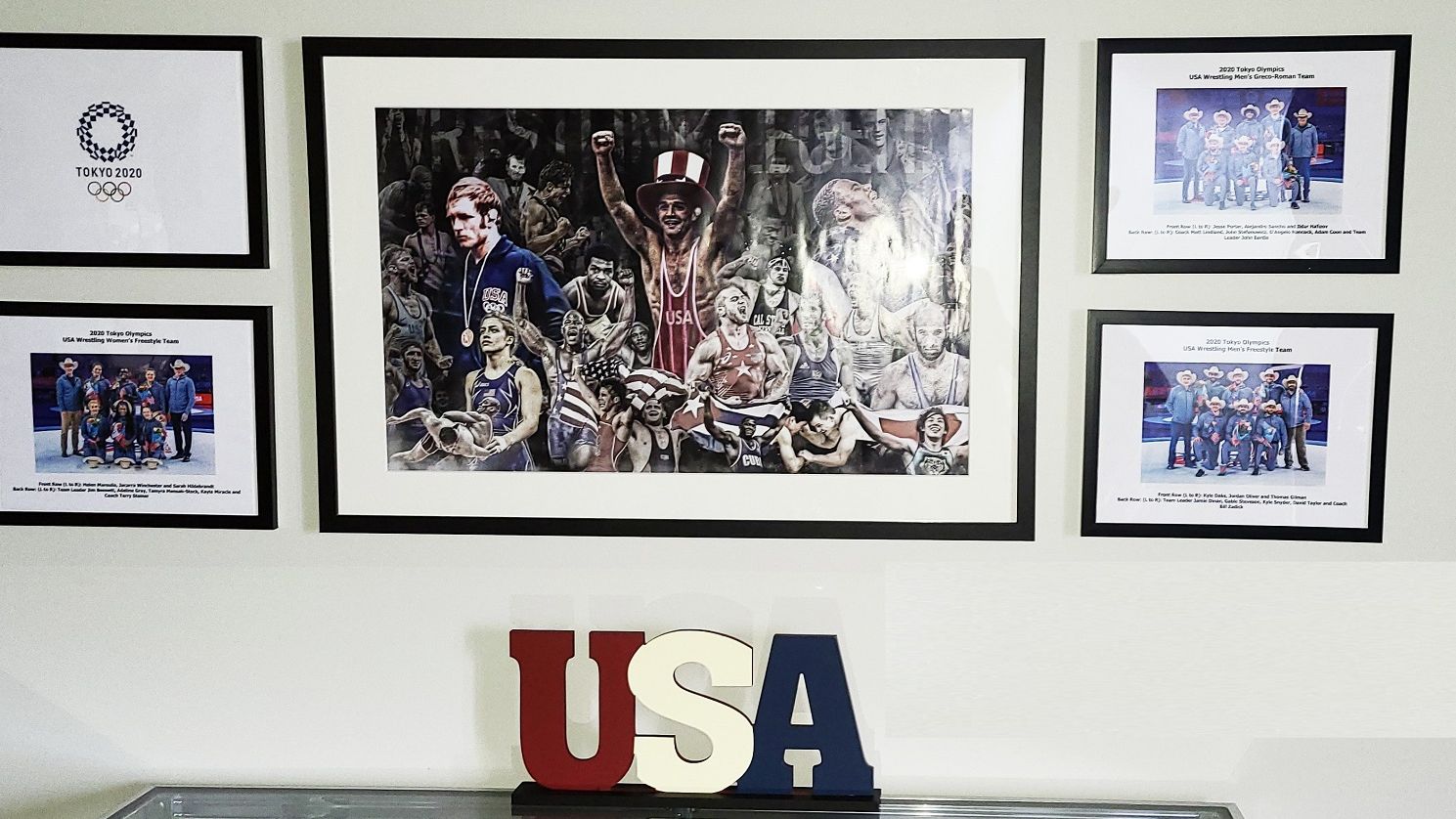 Hall of Fame Celebrates Wrestling In The Olympics

The National Wrestling Hall of Fame and Museum announced on Tuesday that it will “Celebrate Wrestling in the Olympics” throughout July and August by emphasizing Olympians and their achievements.

“Everyone is excited about the Olympic Games and we wanted to celebrate and share some of the amazing memorabilia that we have from the Olympics,” said Lee Roy Smith, Executive Director of the National Wrestling Hall of Fame. “In addition to gold and silver medals won by American Olympians, we also have the medal platform from the 1984 Olympics that visitors can stand on for their own Olympic moment.”

Thirty-eight Distinguished Members of the Hall of Fame have combined to win 41 Olympic gold medals. The museum proudly displays the gold medals won by Robin Reed in 1924, Bobby Pearce and Jack VanBebber in 1932, Frank Lewis in 1936, Doug Blubaugh in 1960 and John Smith in 1988 and 1992. It also has Olympic silver medals won by Danny Hodge and Ross Flood, and the four World Championship gold medals and the Sullivan Award won by Smith, who is the wrestling coach at Oklahoma State.

Replicas of posters from Olympic Games are featured as well as a collection of Olympic jewelry from two-time Olympic gold medalist Bruce Baumgartner. Baumgartner competed in the Olympics 1984, 1988, 1992 and 1996, tying him with Mark Fuller for the most appearances by an American wrestler. There is also a cabinet in the entryway that was crafted by Baumgartner and fellow Distinguished Member Greg Strobel.

The lounge area has a floor to ceiling photograph of Blubaugh competing in the 1960 Olympics where wrestling was contested outdoors in the Forum in Rome, Italy, and there is a collection of pins from Olympic and World Championships.

There is also a display highlighting that the first signature athlete for Nike was Olympic gold medalist and Distinguished Member Wayne Wells, including the first pair of shoes created for him.

The United World Wrestling area features an electronic kiosk with the UWW Hall of Fame, which honors the greatest names in the sport from around the globe, as well as memorabilia.

Visitors can also visit the William S. Hein Library which has wrestling books from around the world, including several highlighting the Olympics.