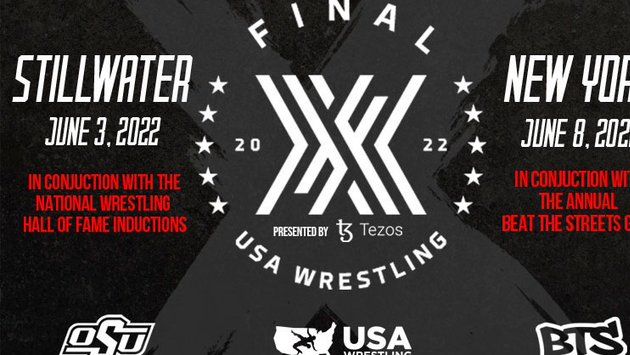 Final X will have two sessions. The first match of all 15 of the best-of-three championship series in each event will be held during the first session. The second (and third match if necessary) for all 15 weight classes will be conducted in the second session. The weight class order will be the same for both sessions.

The winner of each Final X Championship Series will represent the Team USA at the Senior World Championships in Belgrade, Serbia, Sept. 10-18.

Final X Stillwater, presented by Tezos, is set for Friday, June 3 at Gallagher-Iba Arena on the campus of Oklahoma State University. It will be held alongside the National Wrestling Hall of Fame Honors Weekend, which is happening at the Hall of Fame facility next door, June 3-4.

There are a variety of ticket options available for Final X New York, beginning at $65 so you don't miss the first in-person Benefit since 2019. Purchase your wrestling-only event tickets on Ticketmaster (https://www.ticketmaster.com/event/3B005C8B9CD81033). For information on Benefit tickets and sponsorship packages (wrestling event and exclusive after party access) that also provide the best wrestling-event seats, visit give.btsny.org/benefit (https://give.btsny.org/event/annual-benefit-2022/e396736) or email Fund Development Manager Kerry Doyle at kdoyle@btsny.org."