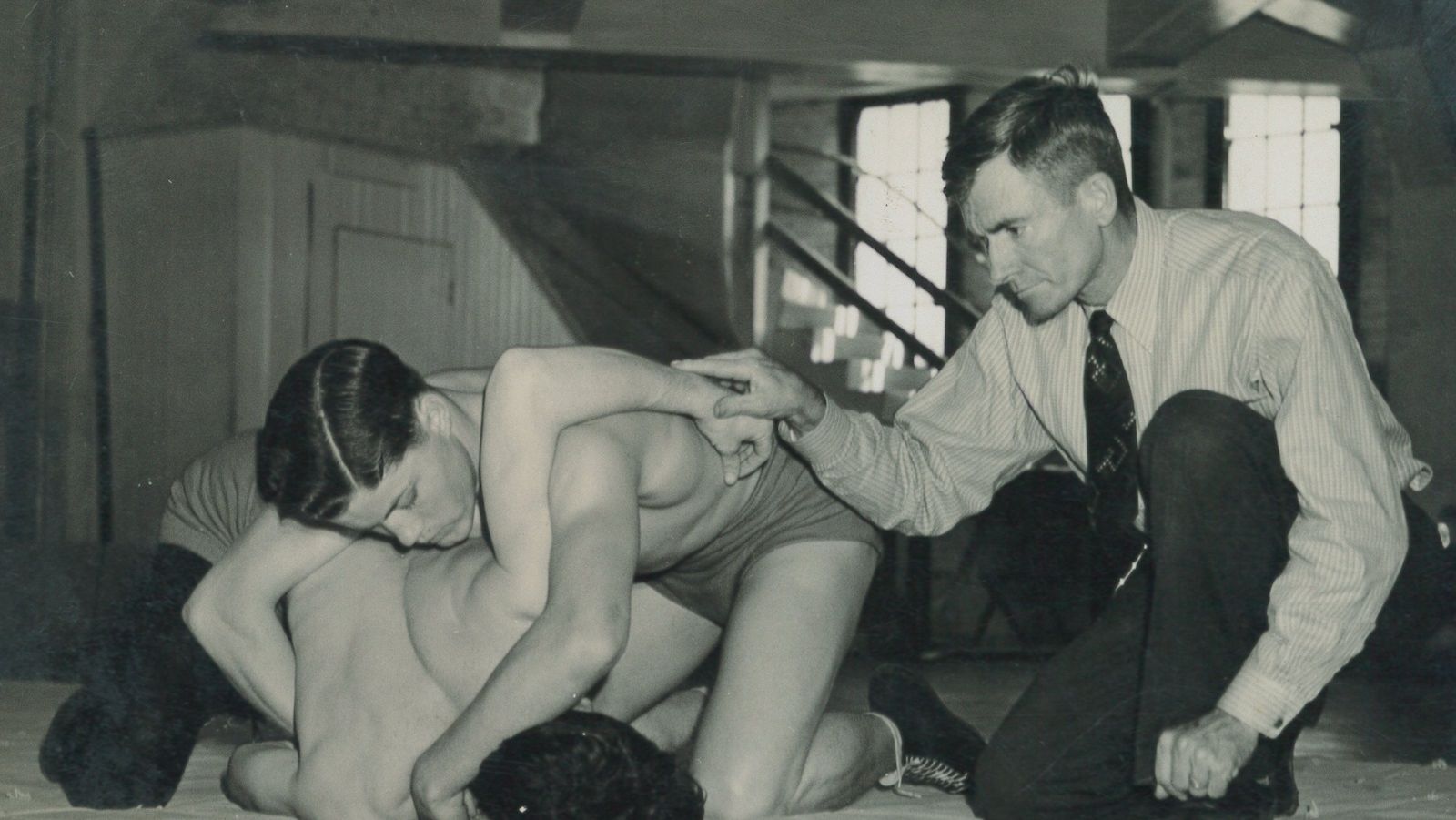 By Berry Tramel
The Daily Oklahoman
For 48 years, the name stood alone on the grand old coliseum. Gallagher Hall.

In 1987, a renovation and much history prompted a renaming. So OSU’s home for basketball and wrestling became Gallagher-Iba Arena.

Over the years, as the place became more known for rocking in basketball as in the old wrestling days, some wondered why the Gallagher name persisted.

Gallagher won 11 of the first 13 NCAA wrestling championships staged. His innovative techniques jettisoned the sport into much of what we see today. Gallagher’s wrestling success – and leadership as athletic director – was the impetus for the 1938 building of Gallagher Hall, which originally was named the 4-H Clubs and Student Activities Building but was called the Madison Square Garden of the Prairie.