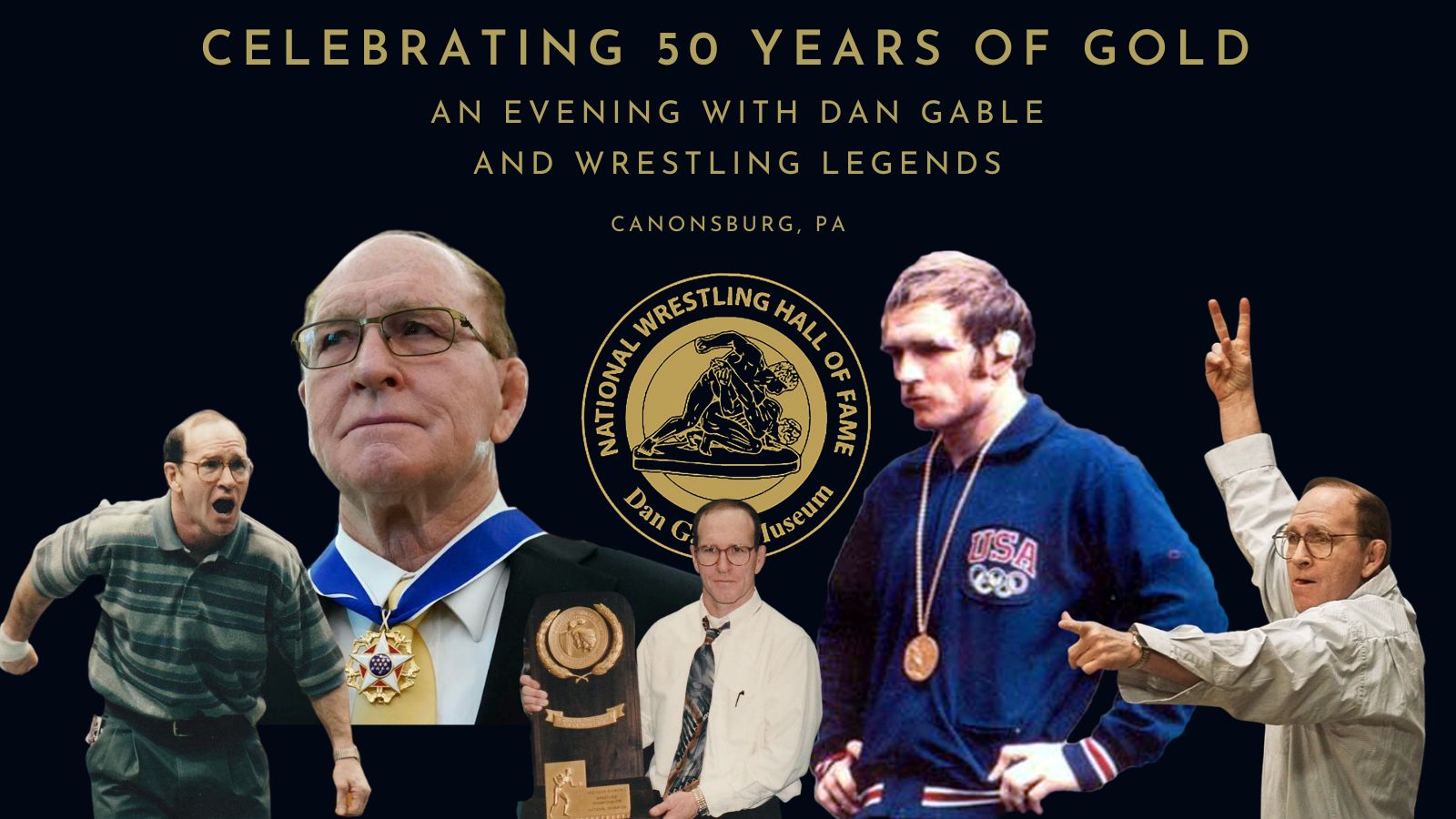 The National Wrestling Hall of Fame Dan Gable Museum is excited to announce “Celebrating 50 Years of Gold - An Evening with Dan Gable and Wrestling Legends” on Saturday, November 5, 2022 at the Loft Conference Center – Southpointe in Canonsburg, Pennsylvania.

Attendees will have an opportunity to meet the wrestling legend.

All proceeds benefit the National Wrestling Hall of Fame Dan Gable Museum and its mission to preserve the history of wrestling, recognize outstanding achievements and inspire future generations.

Tickets cost $120 and include heavy hors d'oeuvres. Tickets for the event may be purchased HERE.

In addition to listening to the legendary wrestler and coach, attendees will also hear from other NCAA, Olympic and World champions, scheduled to be announced at a later date.

"We are excited to give wrestling fans an opportunity to spend an evening with Dan Gable, a legendary name in our sport, both in America and around the globe," said Jim Miller, Director of the National Wrestling Hall of Fame Dan Gable Museum. "Attendees will not only get to listen to stories from Dan, but also from other legends in our sport who have been impacted by him."